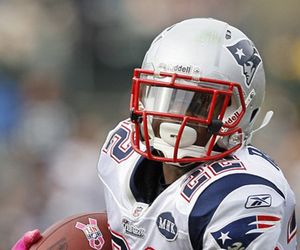 Yesterday was a big day for Beast Dome Nation as we announced that their fantasy guru, Muntradamus, beat out 90 experts to claim the yellow jersey for 2012’s most accurate expert. We’ve got a long season ahead of us, but congrats are in order for the stellar start.

Coincidentally, our featured expert this week for our Beat the Expert contest happens to be Muntradamus. So if you want a shot at competing against our current accuracy leader, enter our free contest now. In addition to the $1,000 prize pool, anyone that beats Muntradamus will win a $5 bonus. It’s FREE to play.

Kudos are also in order for Mike Clay from ProFootballFocus. He was able to beat 90% of the field in last week’s Beat the Expert contest. All us ‘non experts’ need to up our game this week!

If you’re looking for some undervalued players, or if you just need some help with picking players for the Beat the Expert contest, check out the five players that Muntradamus believes you should acquire and start this week.

This is the last week I can put Ridley as a sleeper, and I will gladly accept this honor since I was one of the few experts that ranked him in the top 20 at his position.  With the Patriots likely to murder the helpless Cardinals in New England, we can expect Ridley to easily get over 18 carries.  More importantly than that, Brady will tear apart this defense to set up plenty of red zone opportunities.  Look for Ridley to reach the end zone while rushing for over 100 Yards as well.

While McGahee is truly one of the most underrated RBs in the game, this week he gets a great matchup against a Falcons team that will be too busy slowing down Peyton Manning.  Willis ran very hard last week against the tough Steelers’ front, unfortunately he had Moreno vulture his TD, even though Willis was the one who set it up.  Look for McGahee to make up for lost time and find the end zone twice this week as Peyton will have the Broncos in the Red Zone all Monday Night in the shootout.

The fact that Wayne is not treated like a top 10 option in every league by now has me surprised.  The Colts will never be a team that runs the ball 20 times with Donald Brown.  If they do, it is because Andrew Luck is injured or the Colts blew out a team with the pass early.  Wayne is the #1, #2, and #3 option in this passing game.  After seeing 18 Targets with Chris Tillman guarding him, there is no reason to think he can’t be a BEAST all season.  It would not surprise me at all to see Wayne end up with better numbers than Larry Fitzgerald this season.  Expect over double-digit targets this week as the Vikings run defense is so good that Luck drops back to pass over 40 times.  This should lead to that 100 Yard/1 TD game, and the last chance you have to trade for him at his value this low.

LaFell is the sleeper of the Week at his position.  The Saints defense/secondary is as bad as Paris Hiltons acting in House of Wax.  With Roman Harper likely to keep an eye on Greg Olsen and Steve Smith, LaFell can create huge mismatches and easily find himself in the end zone again with over 80 Yards.  Brandon should remain busy in this one as the Saints are sure to make this one a shootout with Drew Brees, which only means a lot of points will be on the board.  It also helps that Steve Smith is not 100%, which means more plays could be ran for LaFell.

You have no excuse now.  There is a TE every season who breaks out into the next level.  That man is Martellus who is in the perfect offense to succeed.  Not only is he one of the most physically gifted TEs in the game, he is on a pass first team that is missing it’s #3 and #4 options from last season, Mario Manningham and Jake Ballard.  Nobody on that Giants roster is there to take those two spots, which only leaves Bennett as the man to see over 7 Targets a game at least moving forward.  As defenses worry about Victor Cruz and Hakeem Nicks taking over games, Bennett can kill them with 12 yard catches over the middle.  He is a very dangerous threat in the red zone standing at 6’6/270.  Look for him to have over 70 Yards and possibly a TD this week, and then being the name on the waiver wire you were all too late to add.

I’d like to thank Muntradamus for providing his advice this week. Whether you agree or disagree with his five undervalued players mentioned above, you should take him on this week in our Beat the Expert contest. Also, make sure you keep track of your own start/sit accuracy through our Pick Five game – just pick who you’d start and we’ll keep a record of how you stack up to the pros. All our games are free and easy to play, so give them a try this week. Thanks!