Josh Hader is dominant for the Brewers and fantasy teams

The trade deadline will surely throw closer situations for a loop, but that is just the nature of bullpens, as injuries, slumps and random breakouts always keep things interesting. We’ll adjust our rankings as the news requires updates, but for now, I’ve got my top fantasy options for the rest of the season. First though, we’ll take a quick look at the fantasy leaderboard of the first half, which is of course led by super-closers, Kirby Yates and Josh Hader. As you might imagine, there are some dual-eligible starting pitchers tossed in the equation as well. Alright, let’s do this. 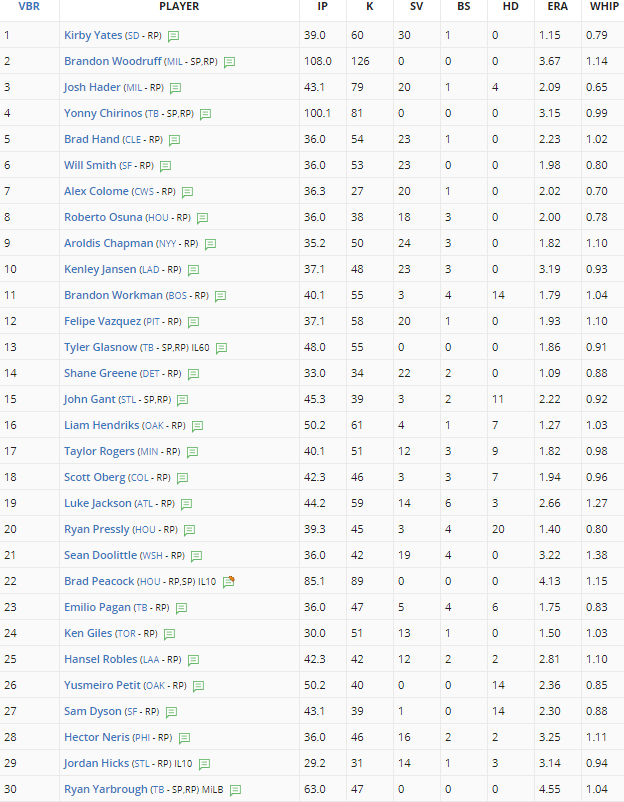