Almost unbelievably, shortstop is the most top-heavy infield position in fantasy baseball with 6 to 11 stars at the top depending on who you are talking to. Xander Bogaerts seemed to leap into that top tier and many believe Fernando Tatis Jr. is there as well or not far behind. Today, I’ll show you the top fantasy assets thus far according to the stats then we will dive into my updated rankings with notes on 40+ players. 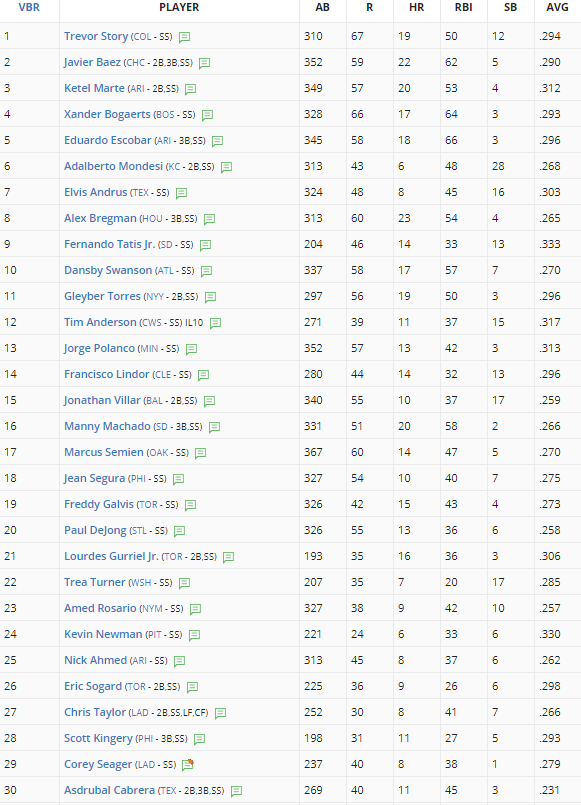