The top-tier of starting pitchers were supposed to be safe heading into the season, but every fantasy owner will tell you that isn’t the case. Players like Max Scherzer and Justin Verlander have performed up to expectation while names like Noah Syndergaard and German Marquez have entirely fallen off a cliff. Today, I’ll take it all into consideration and provide over 100 ranked starting pitchers with notes on most. Before we get to that, however, let’s take a look at the top first-half fantasy performers at the position. 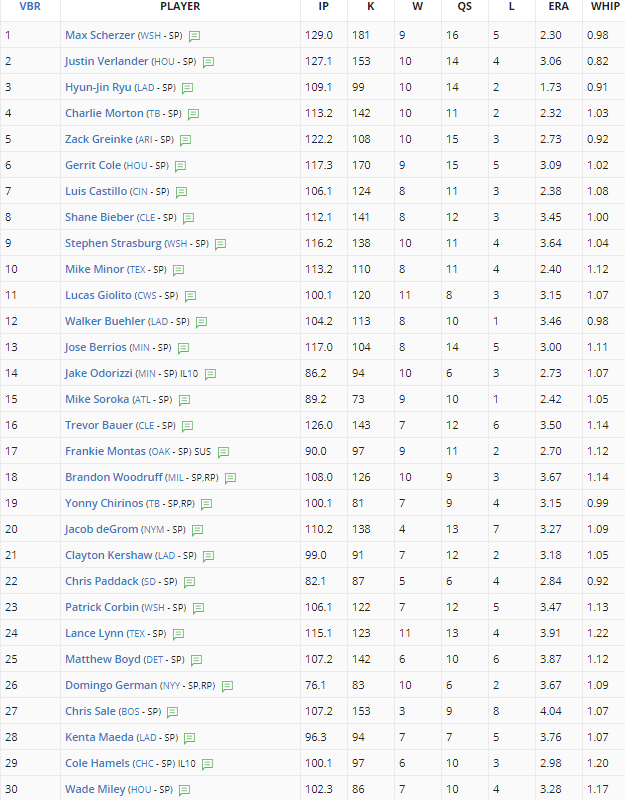