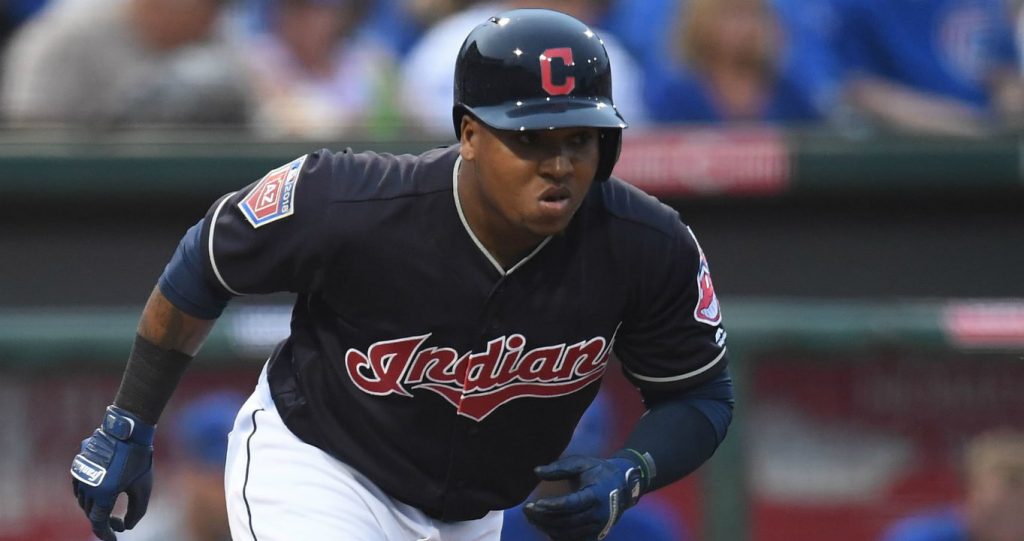 It’s hard to believe, but we are nearing the midway point of this sprint of an MLB season. While we may not have as much data as we normally do at this stage, we are starting to see which players are showcasing legit talent to go along with their production.

We can only hope that DFS articles in the near future will need not include the list of games not on the slate due to postponements or doubleheaders. For the all-day slate over on FanDuel for Saturday, players from the Mets, Yankees, Nationals, and Marlins will not be included. Throughout this piece, I will reference implied team totals and winning probabilities that are generated from our consensus odds over at BettingPros.com.

On a slate that does not feature many heavy favorites, it is a good time to target arms with a lot of strikeout upside or to look for some budget options.

Gallen is the most expensive pitcher on the slate, but he is not at the very top of the price range like we have seen recently with Bieber and Bauer who push $12,000. Before the salaries were released, Gallen was undoubtedly my top arm for the slate. After struggling with command in his first start, he has surrendered just three walks total in his past four starts. He has recorded a quality start in each of those games with two outings each of six innings and seven innings. Despite recording six or more strikeouts in his past four starts and never allowing more than two earned runs, Gallen is still looking for his first win of the year. I think he gets it on Saturday.

Dobnak and Bassitt are both budget arms who carry a great chance of at least picking up a win. The Twins have a winning probability of 62% while the Athletics have a 60% chance of emerging victorious against the struggling Angels. Both the Royals and Angels come into Saturday’s action averaging over 8.5 strikeouts per game. Bassitt has already recorded seven strikeouts in a game this year, and Dobnak picked up a win in his last start out against this same Royals lineup.

If you want to stay toward the upper tier without paying all the way up for Gallen, Hendricks and Wheeler are my favorite options. Hendricks only has one dud of a start, which came at Great American Ballpark against a formidable Reds lineup. In his other four starts this year, he has recorded a quality start each time, including a complete-game, nine-strikeout shutout on Opening Day. While the White Sox have been a great hitting team on the year, we have been able to utilize pitchers against them due to the lineup’s susceptibility to the strikeout. The White Sox are striking out over nine times per game, and we know that Hendricks has good enough stuff to make hitters whiff.

Wheeler’s 2020 campaign can best be described as solid. I was high on Wheeler coming into his first year with the Phillies after he flashed so much potential with the Mets. He was one out shy from recording a quality start in all four of his outings this season, and he certainly has not been getting hit around. However, he has yet to total more than four strikeouts in any game this season. Wheeler may have more success with his slider and curveball against a Braves lineup that is striking out 10 times per game.

The Brewers have the highest implied run total for Saturday’s slate as they get set to face the struggling southpaw Derek Holland of the Pirates. Holland enters Saturday’s action with a 7.36 ERA and 1.44 WHIP in just over 18 innings of work. The veteran has only played in 11 games this season, and Braun has begun to heat up of late. This week he has gone 8-for-21 with two doubles and a home run. Braun recorded a .933 OPS against lefties in 2019, and Braun is 3-for-7 with a triple and a home run in his career against Holland.

The Athletics are also projected to score over 5.0 runs, and power-hitting lefties have been able to punish Angels starter Griffin Canning so far this year. While he has only allowed seven hits to lefties in 2020, three of those were long balls. Olson has the raw power to be able to take advantage of a pitcher susceptible to location mistakes like Canning. Olson has nine HRs to go along with 18 RBIs and 18 runs scored as he hits in the core of a strong Oakland lineup.

Hoskins has shown a knack for scoring runs as a part of a Phillies lineup that has been plating six runs or more quite often in the past week. On Saturday, he will face off against an unimposing southpaw in Robbie Erlin of the Braves. In Hoskins’ career, the Sacramento State product has sported a .414 OBP against left-handed pitchers. Getting on base is the first step to scoring runs, right Billy Beane?

I really like a Brewers stack for Saturday’s slate. Although they will be playing at PNC Park, I think that the righty hitters in the Milwaukee lineup will be able to take advantage of mistakes made by southpaw Derek Holland. A first-round pick out of UC Irvine, Hiura has sported power in his second MLB season with six homers.

Marte has been fantastic as we approach the midway point of the 2020 season. The lead-off man for the Diamondbacks has hit .330 with seven doubles and 12 runs scored already. Arizona is one of the few teams projected to score more than five runs, and their lead-off hitter would figure to contribute to the run total. Marte is 3-for-8 with a home run and two walks in his career against Giants starter Tyler Anderson.

Another leadoff hitter to target, Hernandez will be part of a Cleveland lineup that will be facing a struggling Matthew Boyd of the Tigers. With double-digit fantasy points three times already this week, Hernandez has been able to do damage without the long ball. He has nine doubles and 14 walks on the young season to go along with his 14 runs scored. Cleveland has the second-highest implied run total of the slate, and Hernandez is an affordable piece of the lineup.

Turner is frequently one of my favorite targets at the hot corner. He is consistently priced at 25% lower salary than the elite options, but he possesses the power and talent to outproduce the most expensive third basemen on the slate. I especially love the veteran in this matchup, as he is an absurd 12-for-25 against Rockies starting pitcher Kyle Freeland. Turner has always hit lefties well in his career, and Freeland is certainly not exempt from that trend. Though not mentioned to this point, the Dodgers come in with one of the highest implied run totals on the slate.

Not many Red Sox have been featured in DFS advice columns this year. However, Devers’ talent is undeniable, and he has been putting it on display this week. He has gone 12-for-26 with three doubles and two home runs in the past six days. With 20+ fantasy points in three games already this week, the left-handed hitting Devers has plenty of upside to do some damage against the Orioles on Saturday.

If we are going to save some budget, then we want to target hitters who have the ability to mash the ball out of the park. Moran certainly fits the bill. He enters Saturday’s action with six of his 15 hits being home runs in 2020. Similarly, four of the 17 hits allowed by Brewers starter Josh Lindblom in 2020 have been homers. This combination could result in a long ball that would instantly reward DFS players who look to save on salary with Moran.

Lead-off men who can hit for power are a valuable commodity. Semien hits at the top of an Oakland order that I project to do some damage against Angels starter Griffin Canning who has struggled with location and has paid for his mistakes this season. The A’s shortstop has hit safely in nine of his last 10 games, and he is an affordable option who has already hit four home runs this season. Semien is 3-for-9 with a home run in his career against Canning.

Bogaerts is one of my favorite options at shortstop, especially if we can stack him with Devers. He is a rare player who is hitting for average (.281), has home run power (six), and can steal bags as well (two). As the cleanup hitter for Boston, Bogaerts has racked up 16 RBIs and 15 runs scored on the young season. The Boston lineup is projected to have success against Alex Cobb and the Orioles on Saturday, and the Red Sox shortstop would likely contribute to the scoring.

The sure-handed shortstop was always known for his defensive prowess, but Ahmed has experienced a bit of a breakout as a hitter after a slow start to his 2020 season. In his last 10 games, Ahmed is slashing .500/.550/.778 including two homers and 14 RBIs during that stretch. I think Giants starter Tyler Anderson is an arm to exploit on Saturday, and Ahmed is an affordable piece of the Diamondbacks lineup. Ahmed is 5-for-12 with two home runs in his career against Anderson.

Similar to Bogaerts, Happ is one of those players who can do it all. He is hitting .299, with six homers, and a 1.056 OPS that is helped out by his 15 walks. He has also been filling in at the top of the Cubs order as Kris Bryant is dealing with an injury.

A Brewers stack is a great idea, and I expect Christian Yelich to be a popular pick among DFS players. However, he is not the Brewers outfielder that I’m going to roster on Saturday. The right-handed hitting Garcia could see the ball better coming from southpaw Derek Holland of the Pirates. Garcia has games of 21.9 and 35.2 FanDuel fantasy points in the past week. He is a great budget option to stack with a Brewers lineup that can do some damage on Saturday.

I don’t project an Athletics stack to be incredibly popular on Saturday, but I’m loving A’s hitters more and more as I dive into this slate. This is Griffin Canning’s third time facing the Athletics this season. As the pitcher has struggled with his command and location, I expect the A’s bats to be the beneficiaries of seeing the same pitcher on several occasions. Fresh off his suspension, Laureano could not be happier to see Griffin Canning as his opposing pitcher. Laureano is 4-for-6 with two homers and two doubles in his career against the young Angels pitcher.

Three Studs Worth Their Salary

Shane Bryant is a featured writer for FantasyPros. For more from Shane, check out his archive and follow him on Twitter @ShaneBryant31.