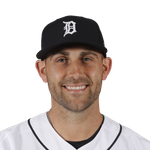 Armed with a devastating slider into which he leaned heavily, Boyd had an impressive opening to his season, putting up gaudy strikeout numbers with impressive overall stats. Unfortunately, his ERA rose from 3.87 in the first half to 5.51 in the second half, with his WHIP coming along for the ride. An awful .318 BABIP on groundballs didn't help, but that number isn't all that surprising given the defense behind him. With almost no win potential, Boyd is more of a back-end-of-the-rotation fantasy starter.