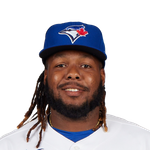 Guerrero Jr. comes into 2021 with fantasy managers asking the same question they asked the year before: can he stop hitting the ball on the ground so much? A 49.6% ground-ball rate was bad in 2019, but a 54.6% ground ball rate in 2020 was downright egregious. Guerrero Jr. hits the ball really, really hard. He was in the top seven percent of MLB in average exit velocity (92.5 MPH) and hard hit rate (50.8%). But until he learns to stop pounding the ball into the dirt, his power upside will be limited. There will be some fantasy manager in your league willing to bet on the upside, so if you want Guerrero Jr., you're going to have to draft him before his numbers say you should. This may indeed be the year that everything clicks. But you'll have to pay to find out.