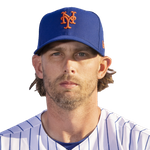 Much of McNeil's 2020 season looked similar to his year in 2019. He hit over .300, rarely struck out, and got on base plenty. But the power gains that we saw in 2019 vanished, as he hit just four home runs over 52 games. His barrel rate (2.5%) and hard-hit percentage (26.5%) were some of the worst in the league, and he didn't even offer the token stolen base that he had chipped in during previous seasons. This is a scenario where McNeil's value to any particular fantasy manager will depend on the weight he or she gives to the shortened 2020 season. Given that McNeil never hit the ball particularly hard anyway, though, a good bet is to assume he at least returns to the high teens in home runs, slightly below his 2019 pace. With his strong average and multi-position eligibility, that makes McNeil an asset in the middle rounds.