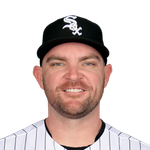 Hendriks showed last year that his 2019 breakout season was not a fluke, as he improved on just about all of his numbers. Not only did he put up 14 saves in the shortened season, but he dropped his ERA to 1.78, his WHIP to 0.67, and his walk rate to just 3.3%. In short, there's nothing negative you can possibly take away from his 2020 season. Despite moving to a worse park with the White Sox, Hendriks is, without question one of the top closers in fantasy, and should be either the first or second (behind only Josh Hader) relief pitcher drafted.