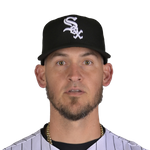 Grandal is getting up there in age for a catcher, and there were a few warning signs for the veteran. He struck out nearly 30% of the time last season, well above his typical rate, and his expected batting average, slugging percentage, and wOBA were some of the worst of his career. At the same time, he continued to walk at a near-elite clip, and again provided plenty of power from a position where pop is hard to find. The good news for Grandal is that both his large contract and his elite pitch framing skills should keep him in the lineup as often as possible, which will help to pad his counting stats, though his recovery from a knee injury may cause Chicago to take it easy with him at the outset. He's just a tad outside of the elite range at the position, but he's a locked in fantasy starter.