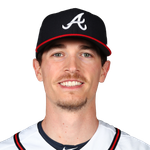 In many ways, Fried regressed during his 2020 season. His strikeout rate dropped, his walk rate increased, and his xFIP and SIERA jumped significantly. Nevertheless, thanks to his ability to limit hard contact (his 83.4 MPH average exit velocity and 23.8% hard hit rate allowed were among the best in MLB) led to a massive drop in BABIP allowed, and kept both his ERA and WHIP in check. It's hard to buy a pitcher without an elite strikeout rate whose underlying numbers don't fully support his gains. Nevertheless, Fried was an elite prospect playing on an excellent team, and is just 27 years old. Don't pay for last year's numbers, but don't run away from him in drafts either.