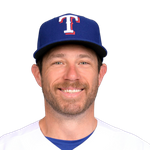 Holland re-signed with the Royals after an outstanding season, during which he put up an ERA under 2.00 and a WHIP below 1.00 for the first time since 2014. He'll almost certainly begin the year as the closer, but he's unlikely to stay in the role for the entire season. Even if he's not dealt to a contender by the trade deadline, his walk rate is surely to be closer to the 5.3/9 innings that he put up his previous four seasons, rather than the 2.22 he managed last year. Draft Holland late as someone who can chip in saves early, but be prepared to hit the waiver wire later in the year.