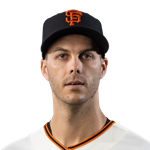 Rogers has been the reliever to roster in Minnesota for the past two seasons, but he's totaled just 39 saves over that span. Even with the shortened 2020 season, that's just not the total you want to see from a reliever if you're relying on him as an RP1, especially when the Twins as a team have totaled 92 saves over the last two years. Rogers's lack of saves is all about Rocco Baldelli's philosophy, rather than Rogers's lack of effectiveness (he's totaled a 2.80 ERA, a 1.04 WHIP, and a 10.8 K/9 over the last three years). Unfortunately, Baldelli is unlikely to abandon his committee approach with the additions of Alex Colome and Hansel Robles. Rogers is still a fine RP2, but certainly don't expect him to get every save chance in Minnesota.