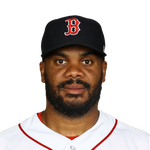 It feels like Jansen has been on the verge of losing his job at several points over the last two seasons, but he continues to receive nearly every save opportunity for the Dodgers. But Jansen is far from the dominant reliever he was in his prime, as his patented cutter has gone from 94 MPH in 2016 to just 90.9 MPH last year. The Dodgers have plenty of depth behind Jansen, including Blake Treinen, Brusdar Graterol, Joe Kelly, and Corey Knebel, so Jansen's leash probably won't be all that long. At the same time, Jansen will certainly be the closer coming into the season and has a lengthy track record and a large contract. In today's day and age, that makes him a fairly desirable fantasy closer, despite the concerns.