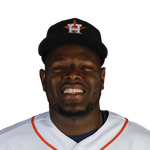 Neris has been named the Phillies' closer to start the season. Although he has been the Phillies' primary closer for the past four seasons, he's hardly been the model of efficiency. His ERA over those seasons is 3.01, 5.10, 2.93, and 4.57. And he surprisingly struggled with his control last year, seeking his BB/9 rate jump to 5.40 and his WHIP to 1.71. Neris's splitter is outstanding when it's on, but he has the tendency to get hit hard when it's not. With Archie Bradley and Jose Alvarado in tow, and Brandon Kintzler with the team on a minor league deal, Neris's leash will be short. Draft him as a low-end closer, but don't rush to do so.