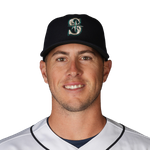 Moore hit .255 with eight home runs and 12 stolen bases in just 38 games last year. Despite not having an abundance of speed, Moore's stolen base prowess is real, as he stole 96 bases over 447 minor league games at a 77% clip and ranked in the 71st percentile in sprint speed last year. And he cut his strikeout rate to a high but manageable 27% last year, and his barrel rate, hard hit percentage, and average exit velocity were all well above average. But Moore has struggled against righties for much of his time in the majors, and despite his success last year, is unlikely to have a long leash with Shed Long waiting in the wings. Moore has upside and multi-position eligibility to go along with his power and speed. Just have a backup plan ready to go.