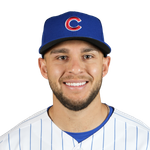 Madrigal had a successful 2020 debut season with the White Sox, doing what he has done best throughout his minor league career: hitting for a high average with no power and never striking out. His main assets are his speed and and ability to hit for a high batting average, and though the power may eventually come, considering he hit four home runs total in the minor leagues, it's a good bet that it won't be this year. He's slated to bat at the bottom of Chicago's order, so downgrade his plate appearances a bit, but he will be a plus contributor in the two most difficult to fill rotisserie categories.