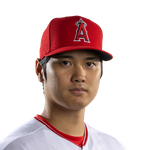 Depending on your league settings, Ohtani has the potential to be a dominant force in 2021. There has never been any doubt about his talent, and he looks fantastic in the spring, hitting home runs at will and pumping in high-90s fastballs when on the mound. He's been batting on days he pitches, and Joe Maddon has suggested that he's going to throw out the old rules that led to Ohtani's decreased playing time. If you can move him between hitter and pitcher on a daily basis, then move him up your board significantly. Even if not, he should provide plenty of value when healthy as either a hitter or a pitcher, so make sure he's on your radar as you move into the double-digit rounds.