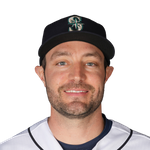 Pollock's production when healthy is rarely in doubt. In 141 games over the last two seasons, he's hit 31 home runs, scored 79 runs, drove in 81, and stolen seven bases while batting .270. But it's the "when healthy" part that is the key to Pollock's value, as he hasn't topped 113 games played since 2015. He's a better pick in shallow leagues where you can replace him if and when he misses time due to injury. But the performance is that of a solid OF3 or OF4 when he's in the lineup.