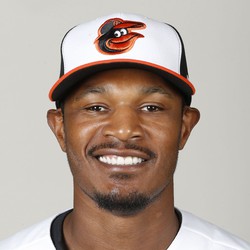 Adam Jones agreed to a two-year deal with the Orix Buffaloes of Nippon Professional in Japan on Tuesday.

Jones will head to Japan after agreeing to a two-year, $8 million guaranteed deal. The deal also includes a team option in 2022. Jones slashed .260/.313/.414 with 16 home runs, 67 RBI, 66 runs scored and two stolen bases across 527 plate appearances last year. The 34 year old spent 11 seasons with Baltimore after spending 2019 in Arizona. Jones will spend the next two seasons in Japan.