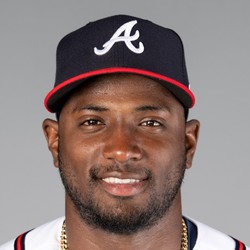 Mets infielder Adeiny Hechavarria went 3-for-5 with a three-run home run in Monday's loss to the Los Angeles Dodgers. The homer was his third of the season.

Hechavarria has now homered in back-to-back games and three times in his last four games as he continues to fill in for the injured Robinson Cano. A veteran known for his glove but not for his bat, this kind of production is not likely to continue.