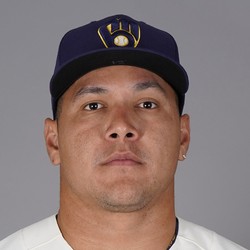 If you are scrambling to find a useful late-round outfielder, look no further. Garcia has an excellent bat, hiting 20 homers with a .282 batting average and incredible statcast data in just 125 games last year. The sizeable ballpark upgrade could drive that to 30, .290 this season and his price is the 21st round.

Jon Heyman of MLB Network reports the Brewers have come to terms on a two-year, $20 million contract with free agent outfielder Avisail Garcia.

Brendan Tuma - Too Much Tuma23 weeks ago