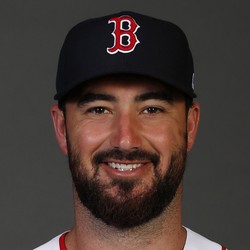 Red Sox manager Ron Roenicke confirmed that Brandon Workman will be the team's primary closer in 2020.

Workman was terrific in 2019, posting a 1.88 ERA with 104 strikeouts in 71 2/3 innings. Most impressively, he allowed just one homer all year. “I don’t want to say it’s exactly going to be every game that there’s a save situation that he’s in there. It depends on his workload, and how he’s throwing. But to begin with, certainly. He has got the ninth inning right now until something else happens," Roenicke said.