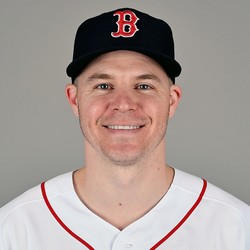 Ken Rosenthal of The Athletic reports the Brewers have come to terms on a contract with free agent infielder Brock Holt.

The 31-year-old has been a useful part-time player for the Red Sox in recent seasons but doesn't provide much fantasy value. The financial terms of this deal aren't yet known but one would figure it's a one-year contract. Holt will likely serve as a utility man for Craig Counsell's Brewers this summer.