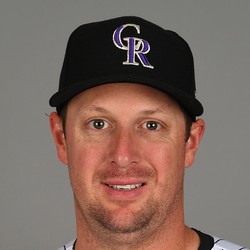 Bryan Shaw gives up one through one

Bryan Shaw was called in for the seventh inning in an 11-5 victory over the Braves on Friday. He gave up two hits, one earned run and struck out one.

The Rockies were carrying a decent lead while he toed the rubber so the one run that was scored against him wasn't really relevant. Shaw holds an ugly 6.36 ERA and 1.82 WHIP to date.