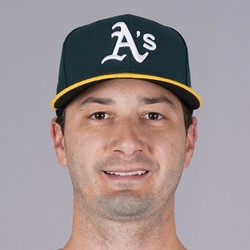 Burch Smith only lasted 1 2/3 innings on Friday against the Cardinals. He allowed five runs on six hits and a walk. He didn't strike out anyone and surrendered a pair of home runs.

A pitching line doesn't get much uglier than that. Smith's ERA ballooned to 6.97 after the outing, and it's safe to say he should be avoided in all formats.