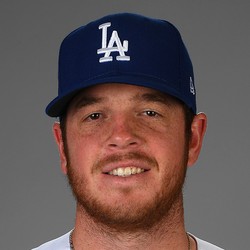 Caleb Ferguson allowed one run on four hits over 2 2/3 innings but wound up taking the loss on Saturday versus the Brewers.

Ferguson struck out two and walked two in the place of an injured Hyun-Jin Ryu. The 29-year-old lefty has now given up just one run through nine innings this year. He has struck out 10 over that time. Still, his spot start usage doesn't really translate to fantasy success.