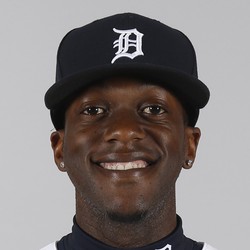 Cameron Maybin has returned to the Detroit Tigers

Cameron Maybin has agreed to a 1-year, $1.5M deal with the Tigers. Including bonuses, that salary can increase up to $2.8M.

There is little chance that Maybin comes into Detroit and immediately re-assumes his starting role as an outfielder and lead-off hitter even though the Tigers are in the midst of a rebuild and have little talent in their outfield platoon. He will most likely serve as a backup outfielder while the team focuses on developing their younger talent. This is his third stint with Detroit, getting drafted by them in 2007 and signing with them briefly in 2016. In 82 games with the Yankees last year Maybin had a .285 BA, 11 HR, 17 2B, and nine SB and proved that he still has wheels even in his 13th year.