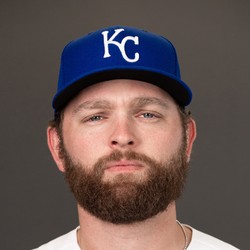 Chance Adams gave up one hit and one walk while striking out four through three scoreless innings to record his first save in a 13-5 win over the Rays. After the game, the Yankees optioned Adams back to Triple-A.

The Yankees called up Adams on Monday and this is his first appearance in the big leagues this season. Since he went three innings the team decided he wasn't going to be available for the next couple of days and sent him back to the minors. Adams should get recalled at some point this year.