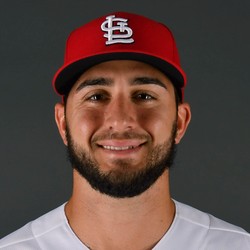 Daniel Ponce de Leon (1-2) took the loss Sunday against the Reds, allowing four runs (three earned) on five hits and one walk across four innings. He struck out two.

Ponce de Leon was called up from Triple-A prior to the spot start, and completed four innings before being removed in the fifth without retiring a batter. Over 44.2 major league innings this season, Ponce de Leon has a 4.03 ERA, 1.25 WHIP, and 46:22 K:BB. He'll likely move to the bullpen moving forward.