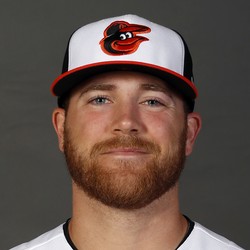 David Hess took the loss against the Padres on Monday, giving up five earned runs on six hits over 4.2 innings, striking out seven and walking none as the Orioles fell 8-1.