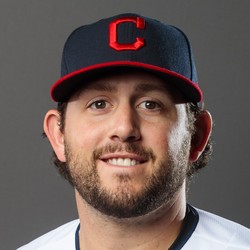 Dominic Leone picked up the save against the Padres on Sunday, striking out one in 0.2 innings.

Leone has not been used in high-leverage situations by the Cardinals this year, but after Carlos Martinez pitched 2.2 relief innings earlier in the game, Leone's name was called to close out the game in the 11th inning. Despite the clean outing, Leone still sports a dismal 7.20 ERA and 1.52 WHIP in 23 appearances this year.