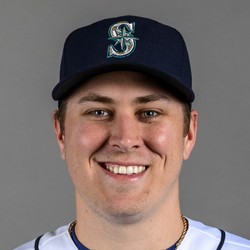 Erik Swanson did not allow a baserunner and struck out one to earn the save in Saturday's 7-6 win over the Orioles.

Swanson earned another save in extra-innings, his second of the season. He has pitched fairly well as a reliever and has now turned in four consecutive scoreless appearances. Swanson owns a 6.17 ERA, 1.24 WHIP and 52:12 K:BB across 55 innings for the season.