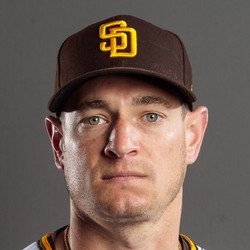 If I didn't have more self control, I'd put Richards in my Top 100 overall players. I'm all in this year, and you should be, too. Health is the only issue for Richards throughout his career, and he has literally no reason not to throw as many innings as possible for the Padres this year.

Garrett Richards threw 3.1 innings against the Dodgers on Monday, allowing one unearned run on four hits and one walk, while striking out four.

Richards has now tallied 5.1 innings this spring without allowing an earned run. He's also struck out six while touching high-90s with his fastball. He has sleeper potential if he is able to stay healthy in 2020.