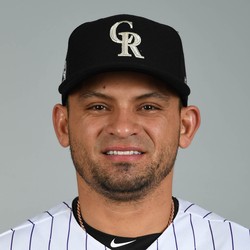 Nationals outfielder Gerardo Parra went 3-for-4 with a three-run home run and a stolen base in Saturday's win over the Reds. The home run was his fourth of the season while the steal was his fifth.

While his playing time has decreased with the Nationals getting many of their players back in recent weeks, he has been a solid addition in Washington. If the Nationals end up selling heading into the trade deadline as has been rumored, Parra could be a decent second-half option for fantasy owners who have deeper benches.