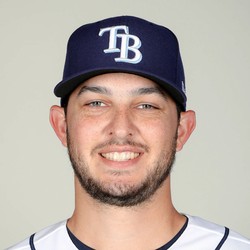 Jake Faria headed to Brewers in trade for Jesus Aguilar

Rays pitcher Jake Faria has been traded to the Milwaukee Brewers in exchange for first baseman Jesus Aguilar, according to Ken Rosenthal on Twitter.

The Aguilar news broke first, with the return trickling in several minutes later. This deal makes sense for both sides, as the Rays were seeking a right-handed bat while the Brewers are desperate for starting pitching. Faria broke out in 2017 for the Rays but has bounced back and forth between Triple-A and the big league squad while dealing with some injuries along the way. He had been working out of the bullpen in Tampa but will likely slot right into the starting rotation in Milwaukee.