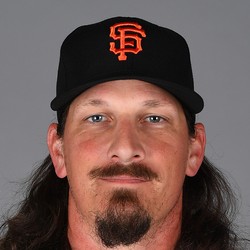 Samardzija had an impressive 3.52 ERA and 1.11 WHIP last year, but that's where the good news ended. His strikeout rate is at the point where it actively hurts fantasy owners, and his win potential is capped by pitching for the Giants. There are better pitchers to consider late in your draft.

Samardzija was able to work around five hits and a walk in this one, which lowered his ERA to 3.52 on the year. The 34-year-old finishes the season with an 11-12 record and well under a strikeout per inning, but his ERA and WHIP were more than useful in fantasy leagues.