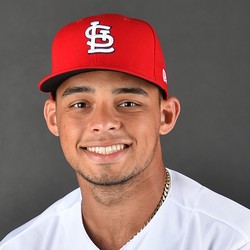 Jordan Hicks to be a 'key member' of the Cardinals' staff

Jordan Hicks (elbow) could return from Tommy John surgery shortly after the MLB season starts. He will play a key role out of the bullpen, per Cardinals' President of Baseball Operations John Mozeliak.

"Given the circumstances of the season, the likelihood of his being able to contribute are a lot different than had it been a normal year," Mozeliak said. "There is some optimism that if we do have a season, he'll have some way of being a key member of it, said Mozeliak. It was reported that he was throwing 30-pitch bullpen sessions during off-season to ramp up his pitch count. Hicks is 13 months removed from Tommy John surgery and is expected to be a key member of the Cardinals' bullpen once the season starts. The Cardinals could be cautious with their reliever in the beginning, but there is a chance he could close games in the near future. Hicks is currently 260 among all pitchers in the latest expert consensus rankings.