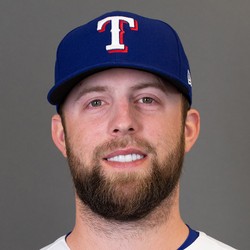 Sneaky upside here heading to Texas. Like him a lot late in drafts.

Jordan Lyles signed a two-year, 16 million dollar contract with the Rangers on Friday.

Lyles will most likely slot as the number two starter behind Mike Minor. He owned a 12-8 record, 4.15 ERA, 1.32 WHIP with 146 strikeouts across 141 innings with the Brewers/Pirates in 2019. Lyles will see a significant downgrade in his home ballpark, but can be drafted as a back of the rotation starter in mixed league league formats. Despite ending 2019 on a high note, Lyles overall numbers will take a hit with the move to Texas.