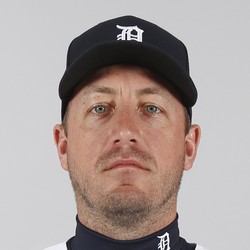 Detroit Tigers right-hander Jordan Zimmermann struggled in a 10-4 loss to the Twins on Thursday. Zimmermann allowed six runs (four earned) over 4 1/3 innings of work. He struck out two and walked one in the outing.