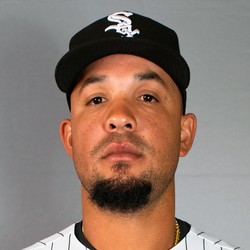 Abreu outperformed Anthony Rizzo and Paul Goldschmidt last season, knocking 33 homers with 122 RBIs and a solid as always .282 BA. He hasn't slowed down one bit despite the age so you can rely on him to produce once again if you grab him in the 7th round.

The Chicago White Sox and first baseman Jose Abreu agreed to terms on a three-year, $50 million contract, the team announced on Friday.

Abreu had already accepted the team's qualifying offer, so he was headed back to Chicago either way. This extension now keeps him with the White Sox for the next three years as they continue to rebuild. Last season, Abreu hit .284 with 85 runs scored, 33 home runs, 123 RBI, and two stolen bases.