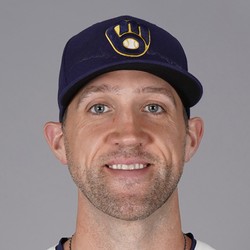 The 32-year-old has been dominant in Korea over the past couple of seasons, posting a 2.50 ERA over 194 2/3 innings. He could wind up pitching in the back half of the Milwaukee rotation next year.

Brendan Tuma - Too Much Tuma31 weeks ago