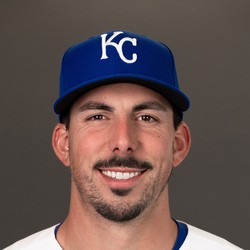 Zimmer, who had tremendous hype coming up, has been constantly injured and it has really taken a hit in his pro career. Zimmer pitched a total of 5.2 innings in 2016 and than had thoracic outlet syndrome surgery. Zimmer has some value in dynasty leagues but should only be drafted as a flyer in the later rounds. If Zimmer stays healthy, he could give back tremendous value.