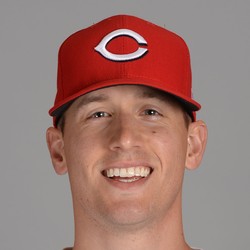 Lucas Sims allowed two runs on two hits and one walk across two innings in a no-decision against the Pirates on Saturday. He struck out one.

This was a traditional bullpen game for the Reds, with Sims leading the way. He stumbled a bit, allowing a series of hits in the second inning that led to two runs. On the season, Sims has posted a 4.60 ERA and a 1.16 WHIP in 24 appearances and four starts.