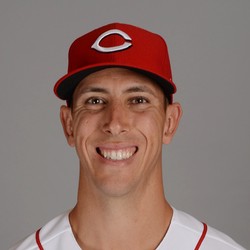 Michael Lorenzen is throwing, but has not been able to hit or play the outfield due to patellar tendinitis. He owns a 1.50 ERA, 1.50 WHIP and a 8:4 K:BB ratio across six innings this spring.

Besides his normal reliever duties, Lorenzen also plays the outfield and pinch hits for the Reds. “I have some patellar tendinitis that we’re getting over,” Lorenzen said on Tuesday. “It’s doing a lot better. I was cleared to hit [Monday]. It’s never bothered me hitting anyway. They just wanted to take the workload off of it. It doesn’t bother me other than a full-on sprint. We just want to make sure that it’s fully taken care of, which it’s getting there.” Lorenzen doesn't favor the knee when he is pitching, and has looked great so far this spring. He will need more time to recover in order to fulfill his pinch hitting/outfield role. The 28-year old is mainly an option in NL-Only League formats.