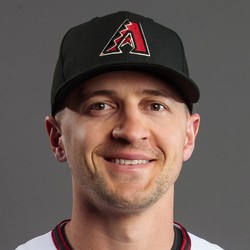 Prior to the last year, Ahmed was merely a fringe starter who might bop 15 homers, but was going to kill your batting average and not accomplish much else. He kicked it up in 2019, though to 19 homers, 82 RBIs and 79 runs with a batting average north of .250. If that all returns, he'll be a nice late round value.

Nick Ahmed agreed to a four-year extension on Monday.

Ahmed’s four-year extension is worth a guaranteed $32.5 million. He set career-highs in average (.255), OBP (.318), homers (19) and RBI (82) last season. Ahmed who is known as elite defender, should see plenty of at-bats as Arizona’s starting shortstop. He is currently the 37th shortstop on the consensus rankings, and is worth a late round flyer in mixed-league drafts.