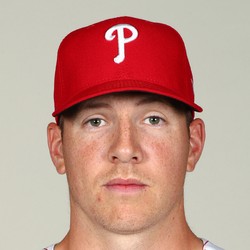 Pivetta has an 8.22 ERA thus far in the Spring and is not doing a whole lot to secure his spot in the starting rotation. The big righty has electric stuff but has struggled with consistency at the big league level and saw time in the Philadelphia bullpen last season.