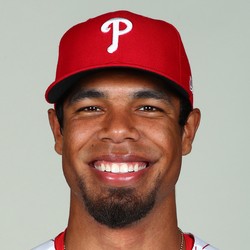 Williams was once a highly-touted prospect in Philadelphia and hit 17 home runs last season, but he lost his spot in the starting lineup during the offseason as the team added Andrew McCutchen and Bryce Harper in free agency. Rather than letting him sit on the bench in the short term, the team decided to send Williams back down to the minors to receive regular at-bats while activating utility man Scott Kingery.