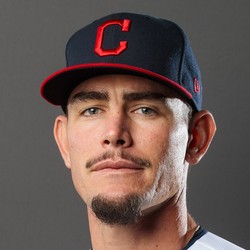 Cleveland Indians reliever Nick Wittgren pitched two scoreless innings against the Mariners on Wednesday to earn the first save of his career. He struck out two batters in the 1-0 win.

Wittgren got the call with Brad Hand unavailable after pitching in three straight games. Wittgren has appeared in four games for the Tribe and has yet to allow a run. With Hand firmly entrenched as the team's closer, Wittgren is nothing more than bullpen depth from a fantasy perspective.