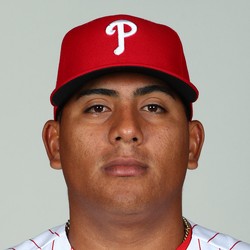 Phillies pitcher Ranger Suarez allowed two earned runs on five hits and no walks while striking out four over three innings in Saturday's win over the Boston Red Sox.

Suarez is auditioning for a spot in the Philadelphia starting rotation this season, and while he is currently on the outside looking in, the spots ahead of him held by Zach Eflin and Vince Velasquez are not exactly written in permanent marker. If he continues his strong Spring, he could make the decision difficult for manager Joe Girardi.